My art is my voice, my expression, my self. My desire to connect with others through dancing and drumming is a deep and personal one. As a child, I could not speak with my voice outside of my home due to a debilitating anxiety condition called Selective Mutism, so performance became my primary method of communicating and connecting with others. Movement and music provide a web of avenues through which to engage with others and my artistic vision is to be truthfully and continuously exploring these paths, letting them morph and flow into the most authentic version of myself. 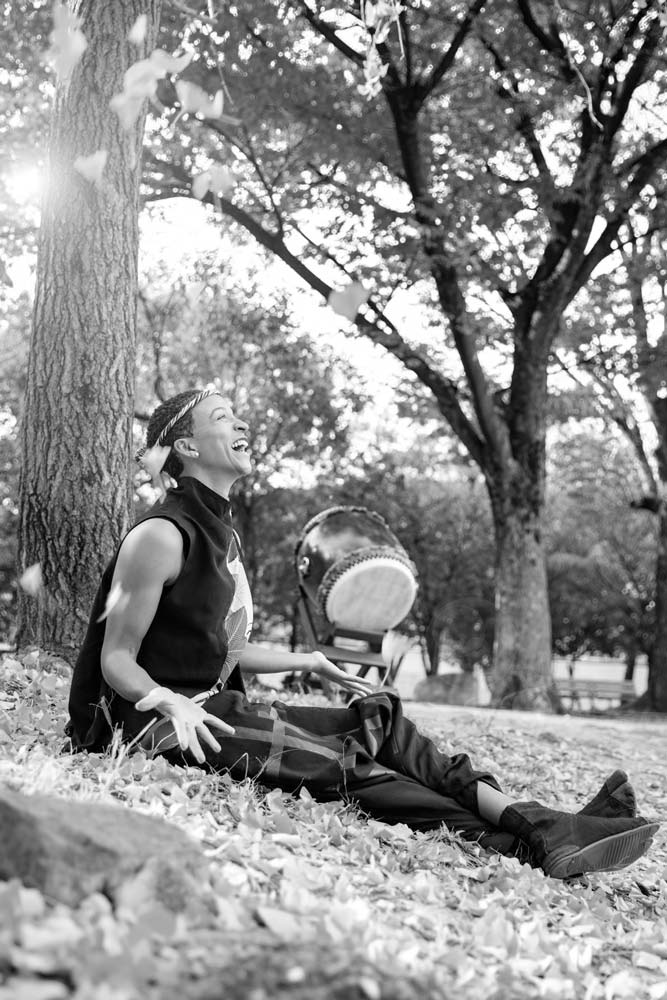 Carrie Alita Carter is an internationally acclaimed taiko (Japanese drum) artist and dancer whose original compositions are known for their dance-like choreography. Juxtaposing a traditional tap and ballet dance background with the more modern-style Japanese taiko, Carrie’s performance is a captivating blend of musicianship, tradition, and innovation.

Carrie Alita Carter is an internationally acclaimed taiko (Japanese drum) artist and dancer. Her original compositions are known for their graceful dance-like choreography. Drawing from her experience living in Japan, her traditional ballet and tap dance background juxtaposed with the modern-style Japanese taiko results in a captivating blend of musicianship, tradition, and innovation.

The collaborative taiko/music performance Convergence (2011) in Hong Kong featured two of Carrie’s original compositions and was her first opportunity to work extensively with taiko artist ManMan Mui. Under the vision of Hong Kong’s premier taiko ensemble, O•Daiko, a group of women from 7 different countries collaborated to create a dynamic multi-cultural taiko production infused with unique experience brought by the performers. Carrie’s current project with Mui, Listening Into Silence is a multi-media exploration of their experiences growing up with the severe anxiety condition, Selective Mutism.

Committed to bringing the arts to youth communities, Carrie has taken her taiko program Community Building with Taiko for Kids to Washington, DC (Capitol Hill Arts Workshop, Higher Achievement Program), Shoreline, WA (Evergreen School Artist-in-Residency), and Detroit, MI (Heritage Works). The program encourages consideration of alternate ways of communicating and connection through the arts as a form of non-verbal expression. Challenging the male-dominated hierarchy of taiko instruction in Japan, Carrie currently teaches a group of powerful women in Nishinomiya, Japan. With over 7 years’ experience with taiko in Japan, Carrie is highly sought as a mentor for taiko ensembles around the world.

Carrie received her Master’s degree in Ethnomusicology from the Music Department at the University of Hong Kong (2012) for the successful defense and publication of her thesis “Inventing Taiko,” and was honored to receive the Rayson Huang Fellowship for Excellence in Research. She was a featured panelist at the prestigious North American Taiko Conference (NATC) in 2007 and 2009, and was subsequently selected as the curator for the 2011 NATC Opening Session. More recently, Carrie was a consultant/contributor for the film, Taiko Film: Healing Beats (2019) and sensitivity editor for the upcoming novel, Tokyo Ever After (May 2021).

Listening Into Silence is an in-progress collaborative exploration of life with the invisible disability Selective Mutism (SM). The anxiety that causes SM is so severe that those who live with it cannot speak outside of their home, sometimes not at all. This piece draws from the artists’ personal experiences growing up multicultural, multilingual, and unable to use their voices; powerless to advocate for themselves as Black and Asian in America.

Taiko drumming, with its dynamic movement and powerful resonance, is a way to bring the artists’ inner voices to life, delving deeper into expressions beyond verbal communication.

織 means “woven” in Japanese. It is part of Japanese societal culture for people to read situations and sense others’ feelings without direct verbal communication. Conversation is sprinkled with silence to allow for this, but sometimes seemingly, abruptly, ends. Participants initially follow a script, though occasionally call and respond to each other in gentle, structured improvisation, meeting together again on script before thanking each other and parting ways. Carrie’s vivid imagery in this taiko duet explores her experience weaving conversation in the context of Japan’s complex non-verbal communication system.

黎明 means Dawn. This piece was written for the German taiko community, representative of the peaceful early mornings spent together training in taiko at the idyllic Bavarian castle, Schloß Buchenau.

Yaiba, which means Knife, was composed by Ryo Shimamoto. This performance at the University of Hong Kong’s “A Musical Celebration” was in commemoration of the Music Department’s 30th anniversary and the university’s 100th.

A reflection of mirrored flower petals. This piece debuted in the show “Convergence” by Hong Kong’s community-based all-women taiko group, O•Daiko, and is meant to represent the beauty and strength of women when we work together and support one another.

This non-fiction piece narrates Carrie’s personal childhood experience of police profiling in her own (predominantly white) neighborhood in the 80’s, while living with Selective Mutism.

Carrie’s work using taiko for Selective Mutism awareness has gained local attention. This upcoming article explains how living with Selective Mutism has affected her artistic process and her gratefulness for the support of Nishinomiya City.

During this interview, we talked with Carrie about her performance background, her experience learning, playing, and teaching taiko in different places around the world, and her blogging activities.

The main points of this thesis are to clarify the distinct reference to an historic past required to discuss taiko within Hobsbawm’s theory of invented tradition, to present individuals and communities involved in the formalization of taiko, and to consider what can be learned from the ordinary musician. All of these lead to a better understanding of the process of the formalization, or metamorphosis of taiko. 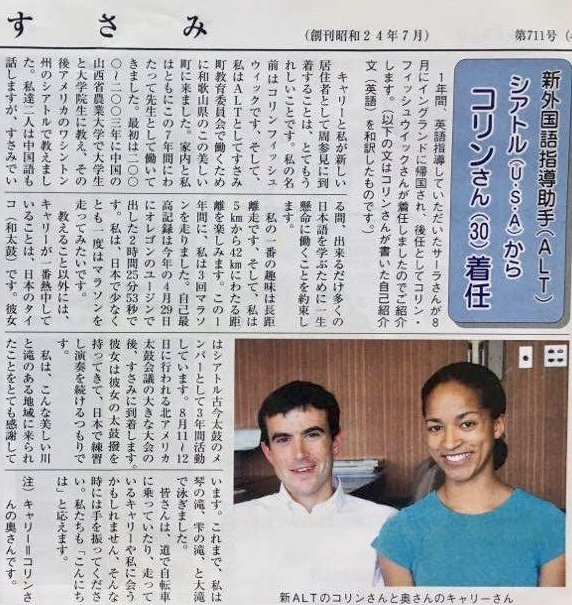 This article (Japanese only) explains how Carrie’s passion for learning more about taiko brought Carrie and her husband to Wakayama, Japan. 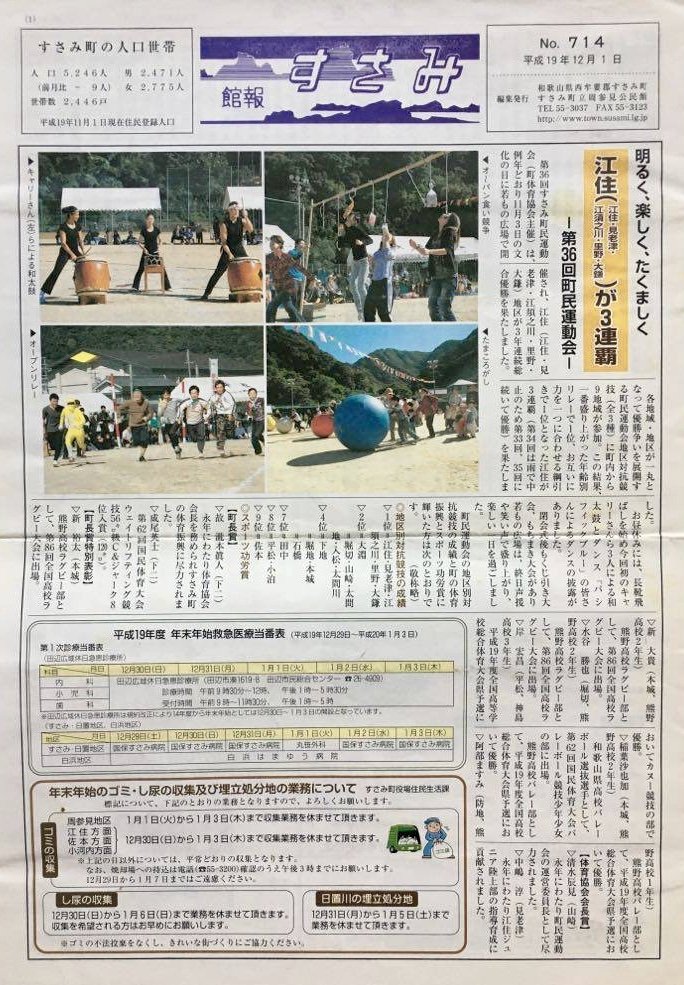 This article (Japanese only) is a feature of Carrie’s performance (with Nick Timoshuk and Naoko Kita) at the Susami-cho Sports Day in 2007. 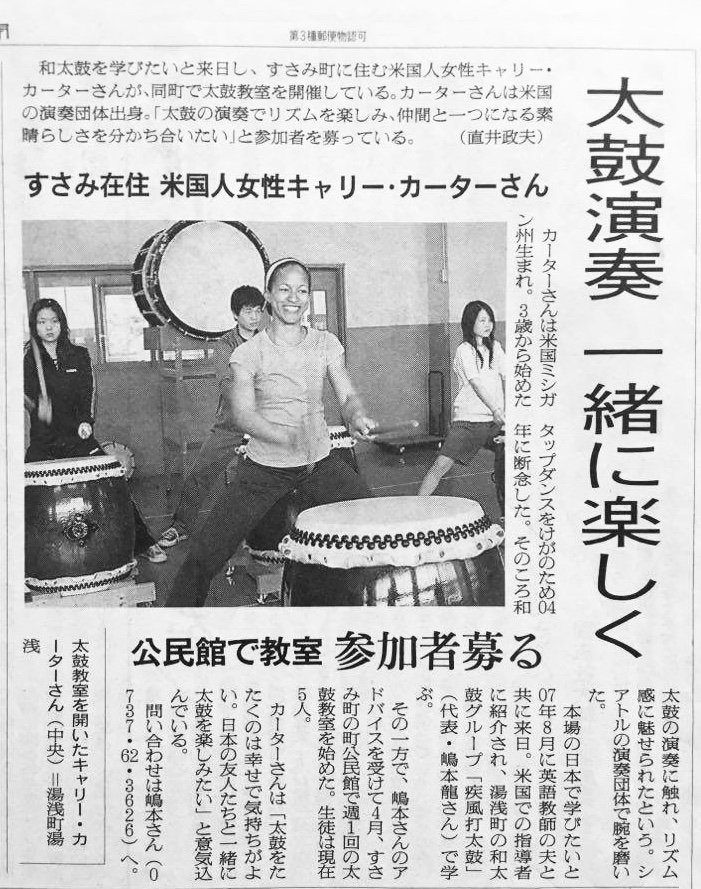 This feature article (Japanese only) discusses Carrie’s journey from tap dancer to an inspiring taiko performer. During her time living in Wakayama (2007-2009), she became an active performing member of the renowned taiko group Shippu Uchi Daiko, led by Ryo Shimamoto. Wishing to share her love of taiko with others, this article was written to help recruit new taiko students in her town who wanted to learn with her and build a new taiko community.

* Carrie’s beginning taiko class sponsored by CHIC-Kobe has been postponed due to Japan’s recent state of emergency in response to Covid-19. If you would like to be notified when the class will be rescheduled, please inquire here.